When to use a Two One-Sided Test for Equivalence

While measurements at different times or using different formulations can vary, it's often useful to determine if the two measurements produce equivalent results. Traditional hypothesis testing seeks to determine if means are the same or different, but it can have false positives. Equivalence testing determines an interval where the means can be considered equivalent.

Note: Excel does not do equivalence tests; QI Macros adds this functionality.

Adhesive tape is measured immediately after production and 24 hours later. Are the measurements equivalent at these two different points in time? If they are, one measurement can be eliminated, saving time and money.

Define the two null and alternate Hypotheses for equivalence:

Input your data into an Excel spreadsheet: 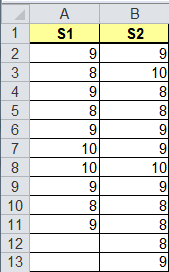 Click and drag over the data to select it and then click on QI Macros Menu -> Statistical Tools -> F & Tests -> t-Test: Two sample assuming equal variances:

QI Macros will prompt for a significance level (default = 0.05 or 0.95 depending on the order of S1 and S2) and hypothesized difference in the means:

QI Macros t test two-sample macro will perform the calculations and interpret the results for you. The one-tailed p value of 0.028 < 0.05. 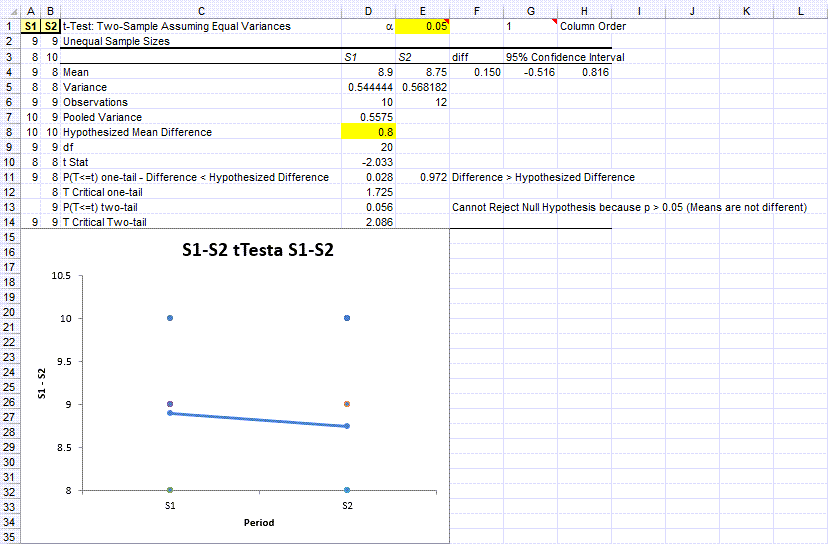 Repeat the t-Test, but reverse the order of S1 and S2: 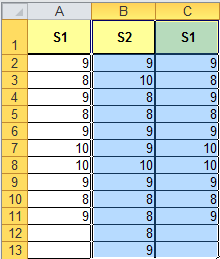 Answer the prompts with the same values. 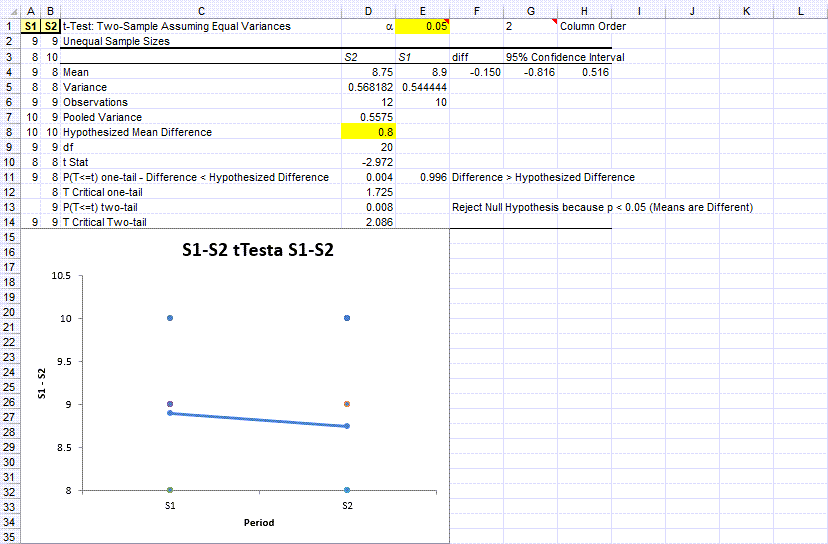 Now here's where it gets interesting...because the one-tailed p-values are both less than 0.05...
the means can be declared equivalent. So, we can eliminate one of the tests.