QI Macros Can Check It For You!

Go Deeper: Is Your Data Normal?

Statistical analysis (e.g., ANOVA) may rely on your data being "normal" (i.e., bell-shaped), so how can you tell if it really is normal?

The two tests most commonly used are:

The probability plot transforms the data into a normal distribution and plots it as a scatter diagram. 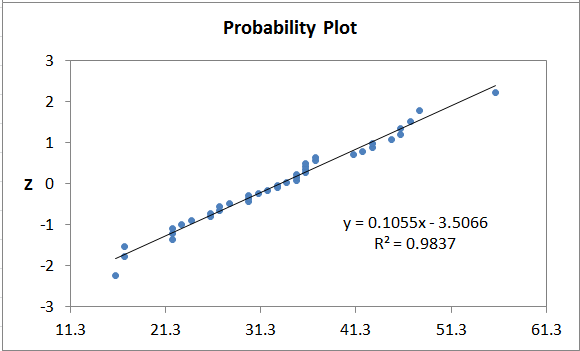 QI Macros has several tools that will run a Probability Plot for you. They include: 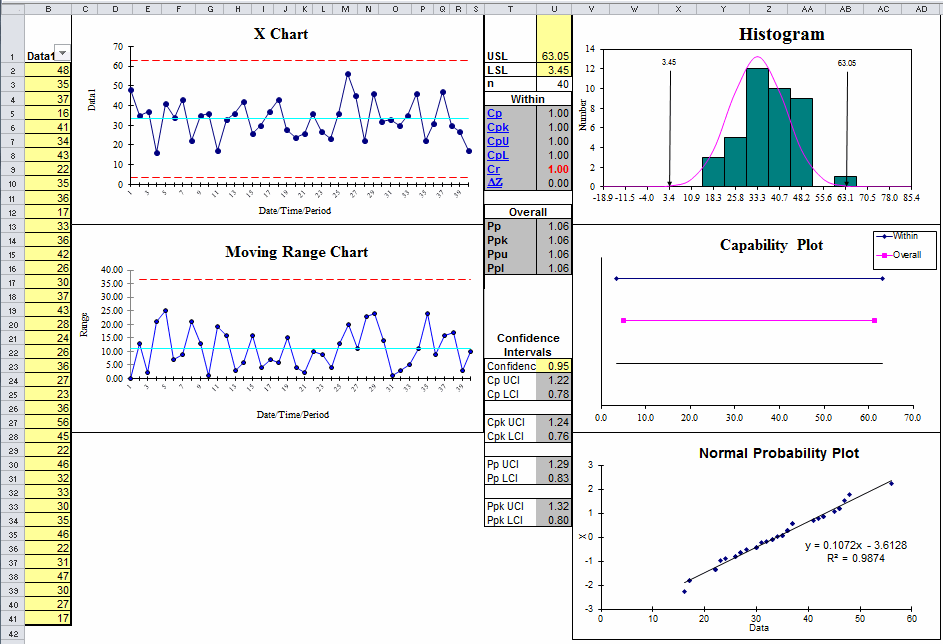 Just by looking at the histogram (bell shaped) and probability plot, you can see that this data is fairly normal. 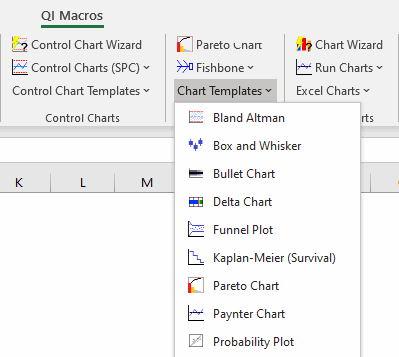 Within this template, there are 2 template options:

A Normal Probability Plot graphs z-scores (standard scores) against your data set. It also provides you with a visual representation of whether your data set is a normal distribution: 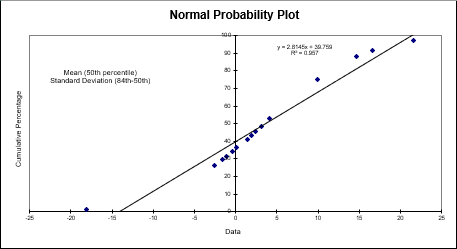 A Half Normal Probability Plot graphs your distribution to evaluate which factors are important vs. which are unimportant: 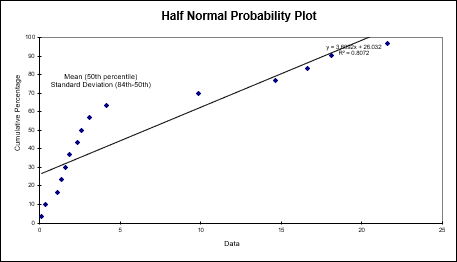 Kolmogorov-Smirnov (KS) is a Goodness-of-Fit Test that is used to indicate if a sample comes from a population with a specific distribution: