Want to Do a One-Way ANOVA Test in Excel? 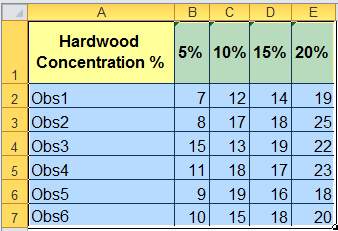 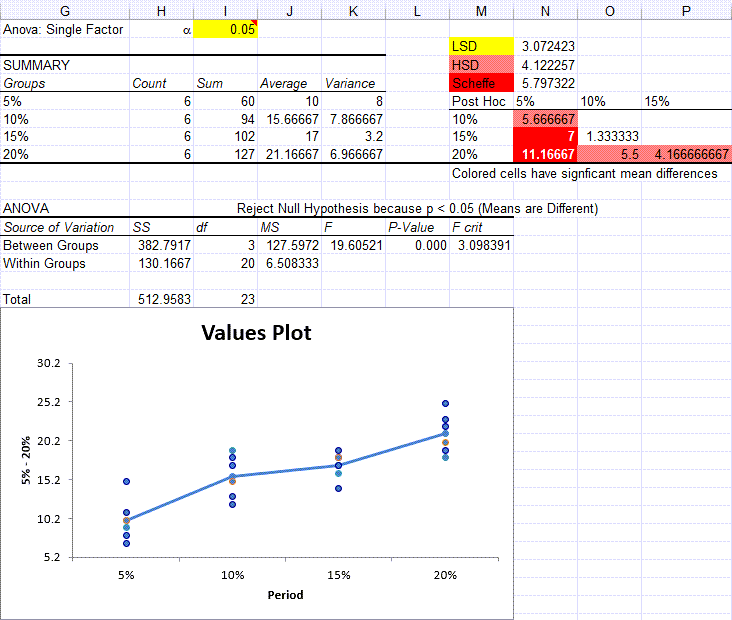 Interpreting the Results of a One-Way ANOVA Test

In the example above, QI Macros built in code compares the p-value (0.000) to the significance (0.05) and tells you to "Reject the Null Hypothesis because p<0.05 (Means are Different)."

QI Macros also draws a box plot to help you visualize the results. Compare the difference in Means (color change in the box) and the variation (height of the box and length of the whiskers).