QI Macros Does It For You!

After a one-way ANOVA finds a significant difference in means, Post Hoc testing helps identify which of the differences are significant.

Post Hoc tests compare the differences between the means with various factors to identify significant differences. There are a number of ways that these factors are determined, but LSD, HSD and Scheffe's are three of the more common ones:

Note: Excel does not do post hoc tests; QI Macros adds this functionality.

Using the tensile strength data in columns A to F, QI Macros calculations are shown in columns G to P. The Post Hoc tests are in cells M2:P8. 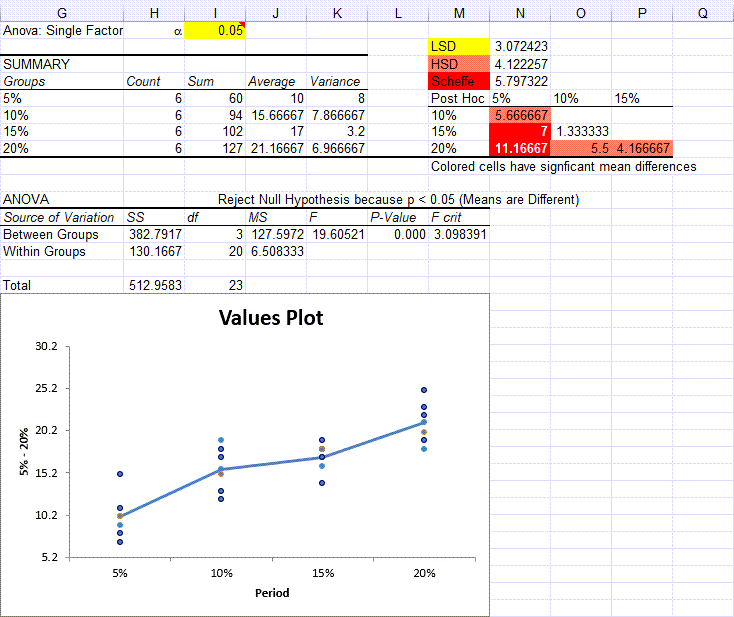 In the example below the difference between these tensile strengths is: 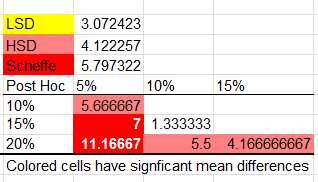 Unlike other statistical software, QI Macros is the only SPC software that compares the p-value (0.000) to the significance (0.05) and tells you to "Reject the Null Hypothesis because p<0.05" and that the "Means are Different/Means are not the Same".

Then the Post Hoc tests tell you which differences are significant.