One of Many Tests in QI Macros Statistical Excel Add-in

When to Use the Wilcoxon Signed Rank Test

A Wilcoxon Signed Rank test compares the differences between two paired samples to determine if the data is symmetrical. If so, the median difference would be close to zero. If not, the data is asymmetrical. Consider the following example.

Imagine a credit union would like to loan more money. And that they think having more detailed information on the loan application results in larger loans. (From Applied Statistics, John Neder.) Using data from 20 loan officers on case studies with limited and detailed information, they determine the amount of money loaned: 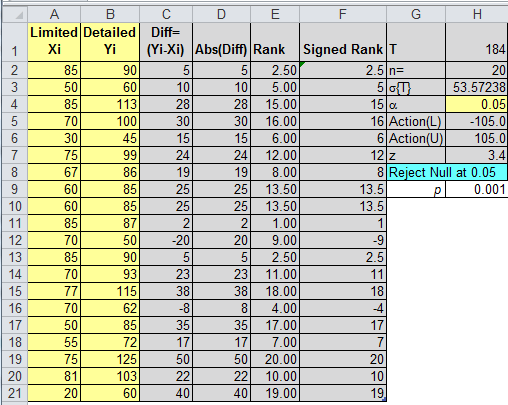 Hypothesis Test: Since p (0.001) is less than alpha (0.05) reject the null hypothesis that the two levels of detail result in the same loan amount. So, if the credit union wants to loan more money, get more detail.

The same type of test can be applied to one-sample and compared to an expected median. The following example compares light bulb life to a median of 2,500 hours: 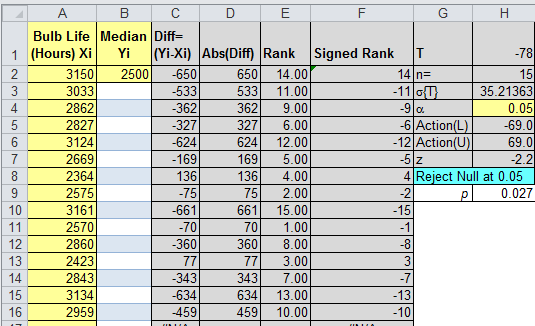