Struggling with Two-Way ANOVA With Replication in Excel? 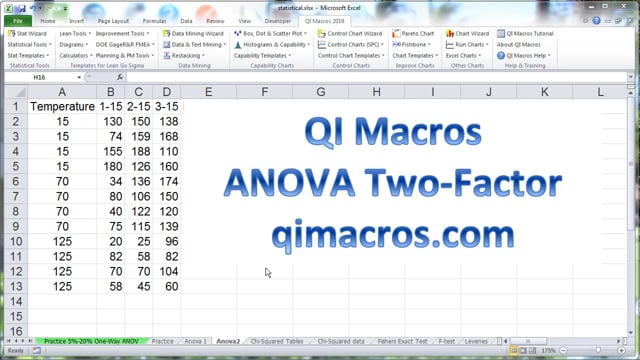 Go Deeper: Two-Way ANOVA (ANalysis Of Variance) , also known as two-factor ANOVA, can help you determine if two or more samples have the same "mean" or average. Note: Your data must be normal to use ANOVA.

If you are not sure which statistical test to run, QI Macros Stat Wizard will select the right test for you.

What if you have two populations of patients (male/female) and three different kinds of medications, and you want to evaluate their effectiveness? You might run a study with three "replications", three men and three women.

To Conduct the Anova Test in Excel Using QI Macros: 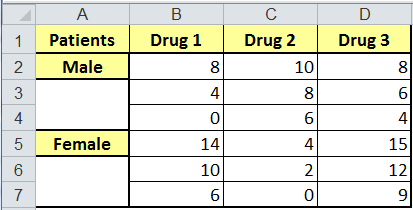 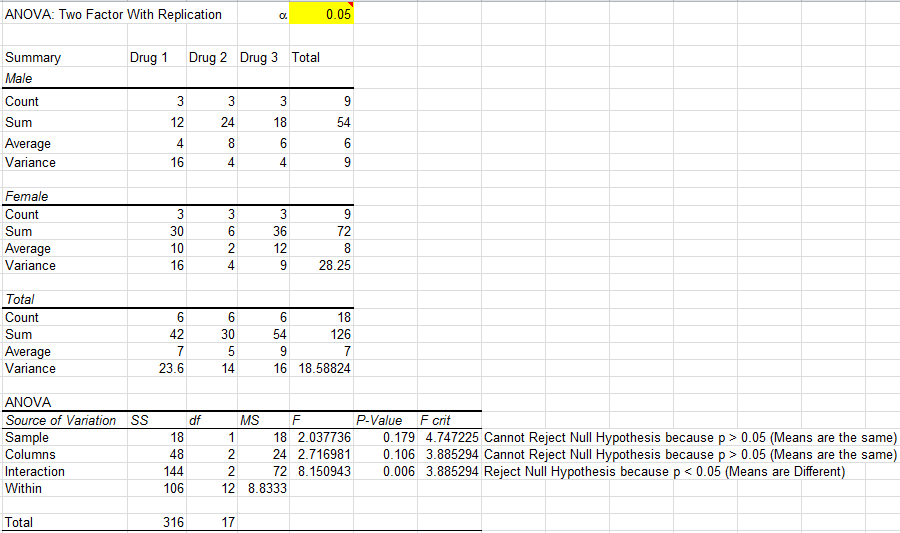 Interpretation of the Two-Way ANOVA Results

Tips on Setting Up Your Data for Two-Factor with Replication

To analyze data, Excel requires you to set the data up in a way that can be analyzed.

The example below shows how to set up the data for two categories of patients treated with three different drugs: 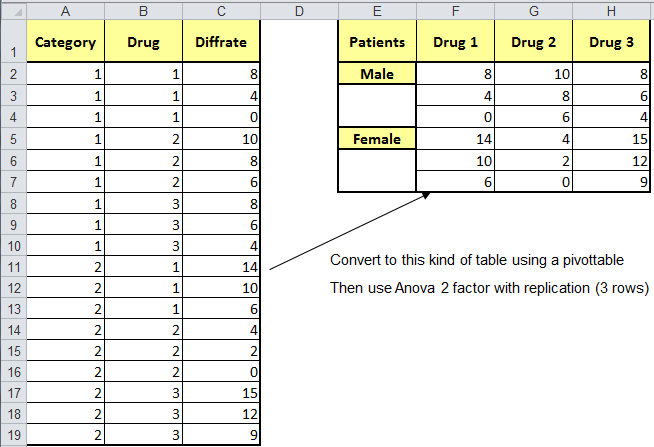 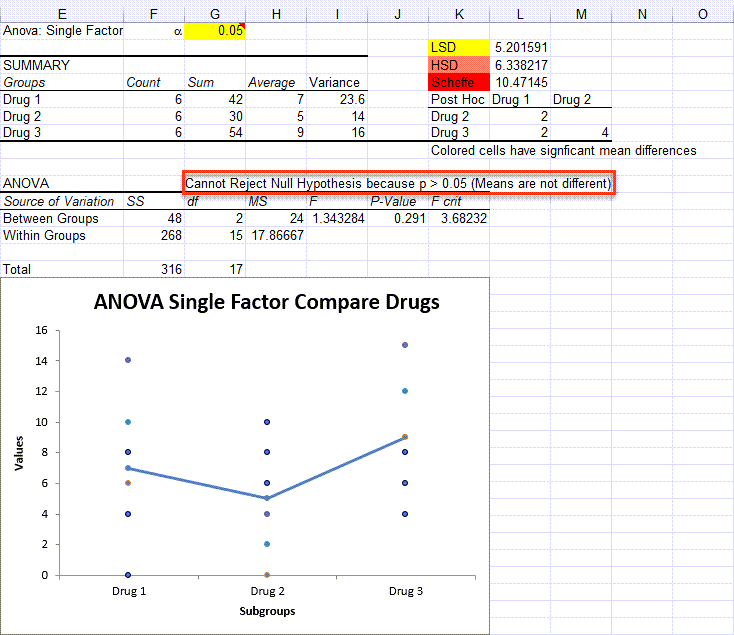