Trying to Do Anderson Darling Normality Tests in Excel?

Go Deeper: Is Your Data Normal?

Statistical analysis, like ANOVA, may rely on your data being "normal" (i.e., bell-shaped). So how can you tell if your data is normal?

Note: Excel does not do an Anderson Darling test;
QI Macros adds this functionality.

"Null hypothesis" is that the data is normal.

The "alternative hypothesis" is that the data is non-normal.

Using Cells D1:D41 (after deleting the blank row) from the XbarR.xlsx in c:\program files\qimacros\testdata, you would get the following result: 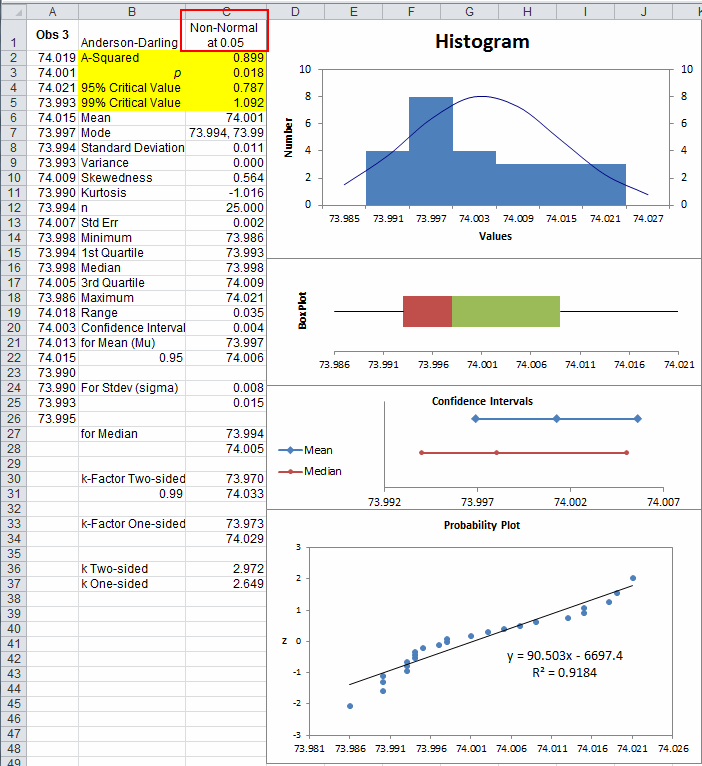 Notice how the normality plot curves at the right so that some of the points are farther from the line? Using Anderson-Darling we discover that the data is considered normal at one level (99%), but not at another (95%).

Frankly, the double negatives of "not rejecting the null hypothesis" makes my brain tired. All I really want to know is: "Is my data normal?" So, in summary: