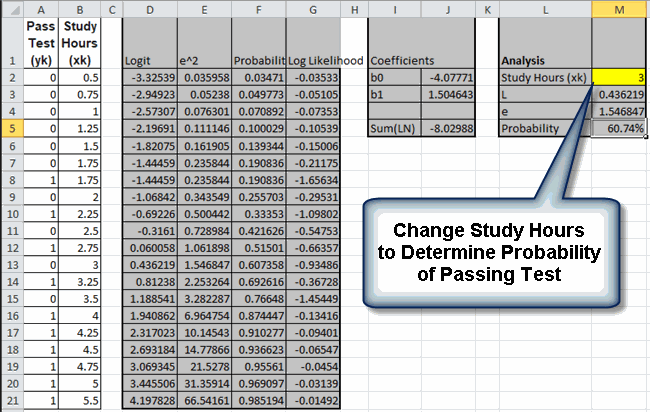 Here is an example of Binary Logistic Regression in Excel using QI Macros. 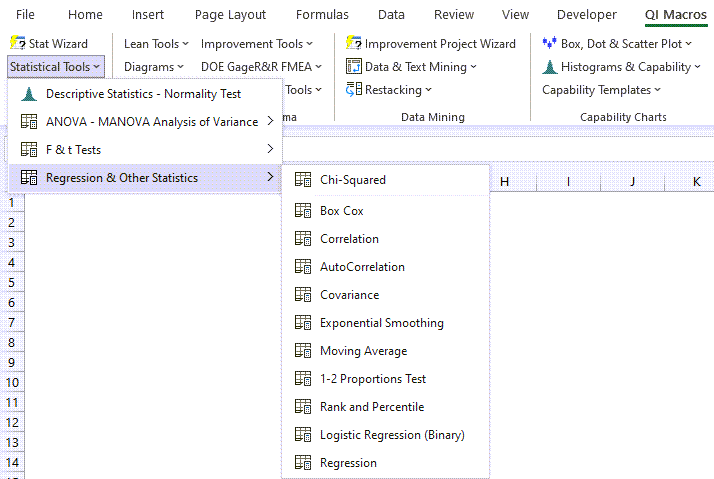 Excel's Solver add-in is used to perform the Coefficients calculations.

If Solver is not enabled in your Excel, you will be provided with information about how to calculate the Coefficients manually, using Solver.

If you are using a Mac, you will need to calculate the Coefficients manually with Solver.

*Functionality introduced in the July 2022 version of QI Macros*