There are COVID-19 hot spots and cold spots. How do we keep the cold spots open and detect and quarantine warming spots? Maybe statistical process control can help. 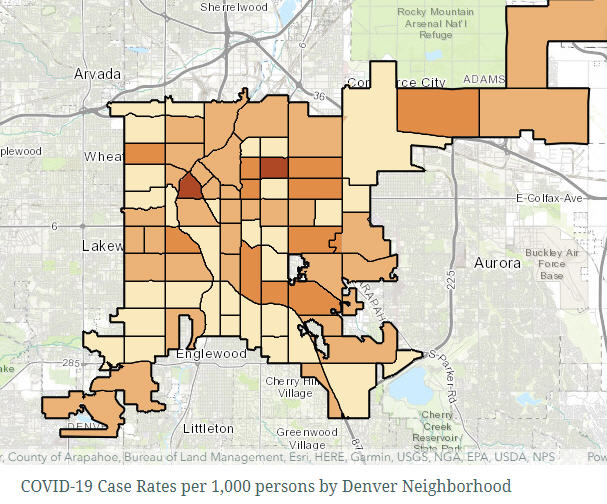 “Back in the mid 1800s there was a cholera outbreak in London, and John Snow (not of Game of Thrones, but Dr. John Snow) said, “I think there’s a pattern here.” He went out and figured out that everybody who had cholera was getting water from the Broad Street pump. Back then, there was no indoor running water so you had to take your pail, go out to the pump and get your water for your home or your business or your restaurant. Now he told the powers that be that this is where the cholera was coming from and they questioned him but they acquiesced, and they said okay. They took the pump handle off of the pump and guess what? Cholera cases went {downward sound effect}.

“There are hot zones and there are cold zones. We may not know all of the causes, but in this epidemic with COVID, there are hot zones. New York has over a third of the total cases and almost half the deaths, so that’s a hot zone, right? I always think of things in terms of the 4/50 rule: 4% of whatever is causing over half of the waste, rework, lost profit, disease, whatever. So what we have to do is find ways to pinpoint that 4%. Now in Denver, our daughter lives next to an ER doc and his hospital has had zero cases of COVID. That’s a cold zone, right? Cold zone.

“Then we have to be able to figure out when something’s starting to warm up. From statistical process control we know that if you have six points in a row ascending (or seven points, depending on which rules you follow) then that signals a process shift. That means something’s heating up, and when it does that we should figure out how to quarantine that area. Now I don’t think blanket shutdowns are the way to go about this, but we don’t have any methods to figure out how to pinpoint things. COVID trackers – it’s a new job title that I just read about today. They’re going to be tracking where people came from. I also saw that that Apple for the iPhone and Google for the Android are going to figure out how to pool their data to figure out when your cell phone was GPS or calling off the same tower or whatever it was and when did you come into the same place together, and that’s probably a hot zone. That’s what Big Data is for, right? Processing millions if not billions of calls to figure out where these people intersected. Now it could be a hair salon, it could be a restaurant, it could be a workplace, who knows? But if we can pinpoint that, guess what? We could quarantine just that hot spot and we wouldn’t have to shut down everything around it. That might be a cold spot. So I think we have to figure out how we’re going to do this because a global shutdown of the economy is going to be catastrophic from an economic standpoint. So that’s the 4/50 rule, right?

“I recently read a study that said when it came to crime in any city in America they did a bunch of studies in different cities, four blocks out of a hundred had over half the crime. Four blocks. If you increase patrolling in there, guess what? Crime would drop off, but it wouldn’t shift out into the other parts of the city. They didn’t seem to walk out of their four blocks to do crime. No they did it all in that same four blocks.

“So I think that’s true now, right? 4% is causing half the waste and rework and illness and whatever, right? New York City with a third of the cases and almost half the deaths is a hot zone, but that’s not the entire country. This is not unusual. I looked at the CDC map and it looks like any state that has a large International Airport which is a hub for major airlines is probably one of the ones that are hotter than the others, so I’m guessing a lot of this has to do with international travel and then it spreads out from there.