At the ASQ Lean Six Sigma Conference in Phoenix this week, Katie Castree with Accumen presented an excellent improvement story about reducing over-collection of blood tubes in a hospital. Here’s the story: 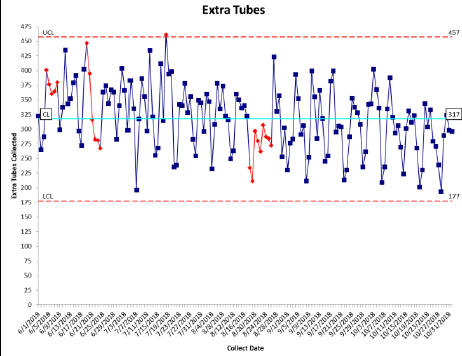 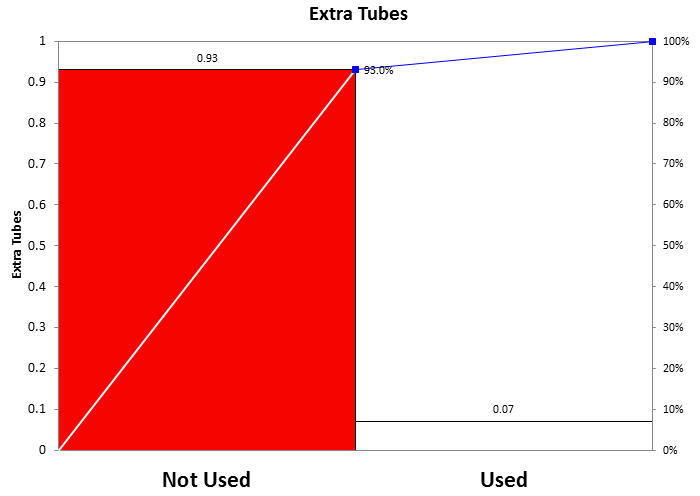 Most of the unused tubes were collected in the Emergency Department (focus on the ED, not the entire hospital). 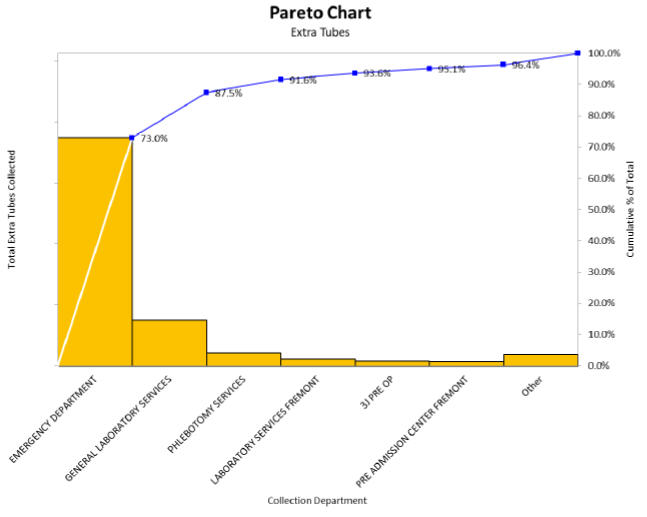 After the countermeasure (not collecting tubes unnecessarily), extra tubes dropped from 317 per day to 118 per day saving $12,335/year and 0.27 FTEs. Over time, extra tubes dropped to only 84 per day, a 74% reduction. This savings did not include the cost of disposal of “red bag” waste which would increase the savings. The hospital used Control Charts to monitor and sustain the improvement: 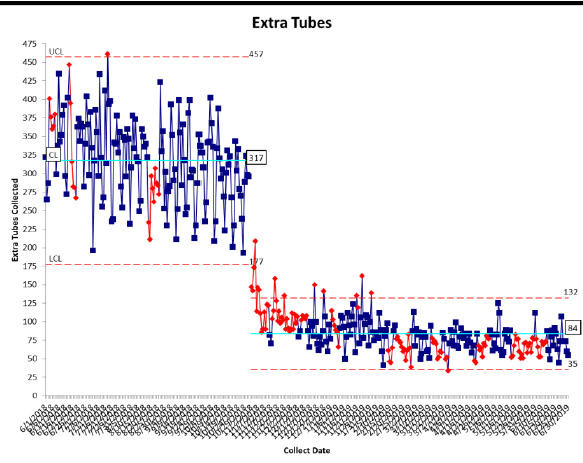 This is a great improvement story told with control charts and Pareto charts. The root cause was simple.

What if every hospital in the U.S. did this sort of analysis to reduce waste? Wouldn’t it help achieve the Trillion Dollar Checkbook goal?

For future investigation: Of the 7% used for additional analysis, what were the presenting symptoms and types of patients who needed additional blood work? Is there a way to pinpoint who needs an additional tube and who doesn’t? I’ll bet there’s a Pareto pattern to this data as well.

Note: These charts were created with QI Macros®.