Why Are People Using Line and Bar Charts, not Control Charts?

If you look at improvement project posters at quality conferences around the country, you’ll find that almost everyone is using Excel line and bar charts. Even after decades of Six Sigma training and association membership. What’s the hold up? Here’s my take:

“Every year I look at lots of improvement posters and I keep wondering, “Why isn’t anyone using the tools of Quality?” Control charts, Pareto charts, histograms… Most of them are just using plain old Excel line and bar charts. Now it might be because they don’t know about the power and beauty and how easy it can be now to do Control charts, Pareto charts and fishbones.

END_OF_DOCUMENT_TOKEN_TO_BE_REPLACED

People over age 55 account for 92% of COVID-19 Deaths (data from CDC). Sweden is using similar data to leave the country open for most citizens while asking seniors to stay at home. How do we reopen the economy? Self-quarantine seniors; let everyone else get back to work. 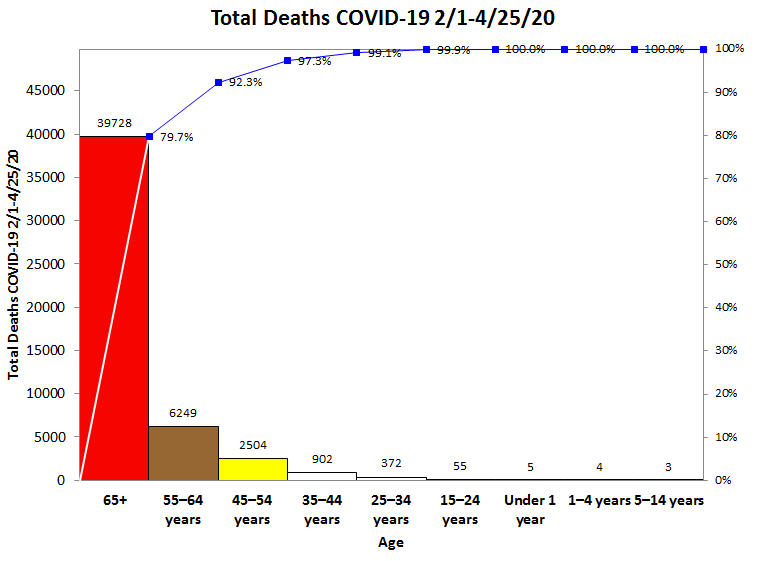 END_OF_DOCUMENT_TOKEN_TO_BE_REPLACED

The July/August 2017 HealthLeaders magazine had a series of charts about the impact of Adverse Events. In general, the magazine used column charts: 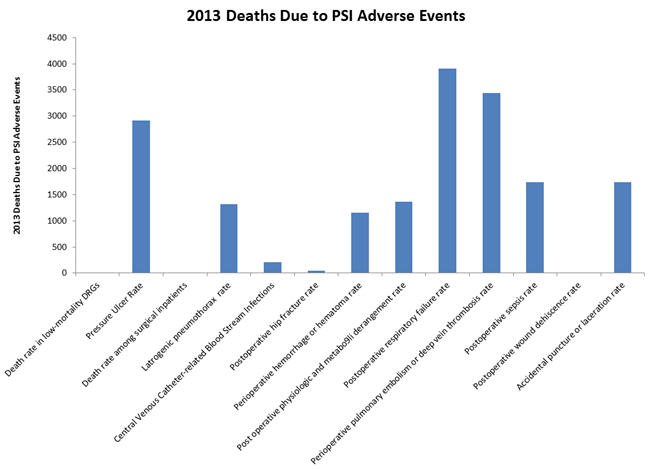 But wouldn’t a Pareto chart illuminate the important adverse events more clearly? The first three accounted for over 57% of 2013 deaths. 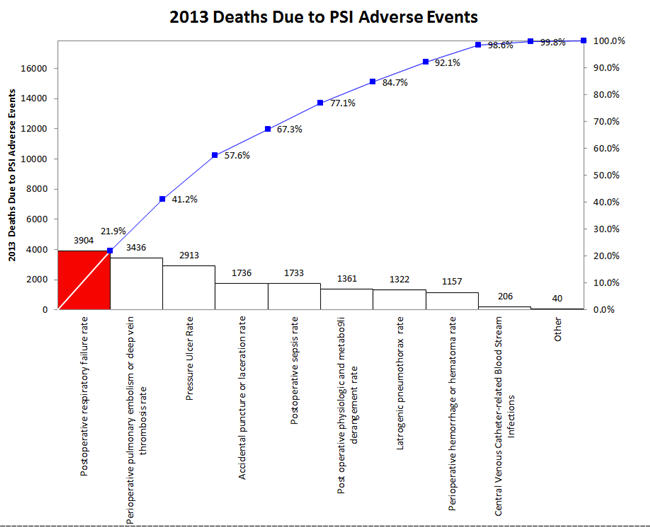 END_OF_DOCUMENT_TOKEN_TO_BE_REPLACED

How to Craft an Improvement Story

In 1975, I went to work at Bell Laboratories in New Jersey. I was introduced to Unix and the Shell programming language. The cool thing about Shell was the hundreds of tools that each did simple things and could be cobbled together into scripts that would do amazingly complex things. I later wrote a book, Unix Shell Programming, that described my love affair with Shell.

Fast forward 20 years and I brought the same thinking that I’d learned from Unix Shell to Six Sigma. The QI Macros have hundreds of templates filled with a variety of worksheets to do many things.

END_OF_DOCUMENT_TOKEN_TO_BE_REPLACED

I first learned how to draw Pareto charts by hand using engineering paper if you can believe it. Our trainers were very specific about how they were to be drawn. One of the earliest references I can find is Kaoru Ishikawa’s Guide to Quality Control. Here’s the correct way to draw a Pareto chart using data from Ishikawa’s book: 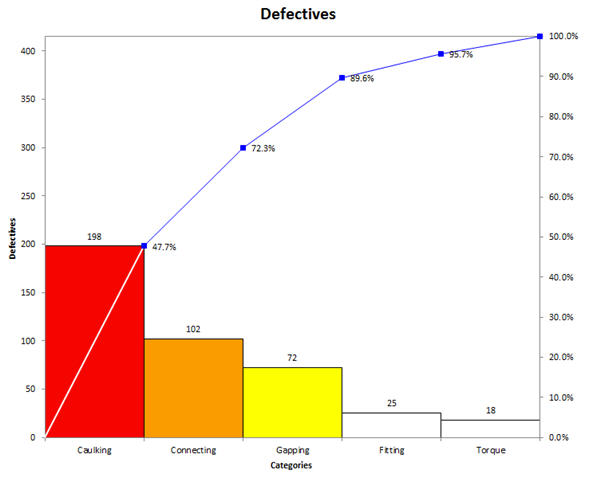 The bars should be touching and the cumulative percentage line should go from corner to corner of the first bar.

Unfortunately, most Pareto charts drawn by computer look like the following one, bars not touching and cumulative line running out of the center of the top of the first bar.

END_OF_DOCUMENT_TOKEN_TO_BE_REPLACED

IHI 2015 Poster Use of Quality Tools

In his speech Sunday at IHI, Don Berwick called for everyone to “recommit to improvement science” (step 5 in ERA 3 of healthcare transformation).

He sounded annoyed with the lack of use of Lean Six Sigma tools and methodologies.

I understand his frustration. I was there in 2006 when he asked everyone to “pledge allegiance to science and evidence.”

Over the years, I’ve done a stroke tally of the quality tools used in IHI poster presentations.

I gave each poster one checkmark for each type of tool used. 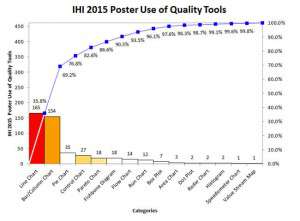 Sadly, even with all of the emphasis on control charts, Pareto charts and other tools of quality, they are used rarely in poster presentations.

END_OF_DOCUMENT_TOKEN_TO_BE_REPLACED

Seth Godin’s blog brought this data to my attention: http://www.nextbigfuture.com/2011/03/deaths-per-twh-by-energy-source.html.

There’s lots of ways to display it, but I thought it would be fun to look at as Pareto charts. 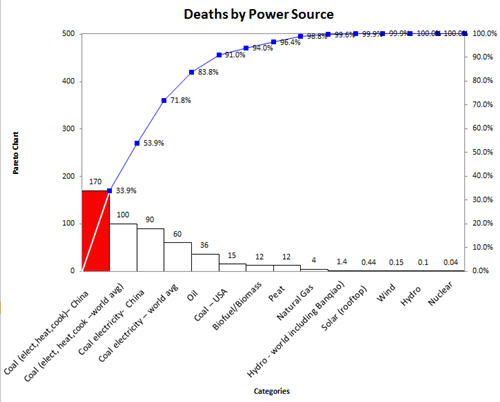 Deaths from nuclear power are small compared to the power produced. Coal and oil are still the heavy hitters in the mortality department.