Renu Davi, Sr. Program Manager for Excel, reported at Excelapaloosa that two-thirds of the 650 million users use Excel to make lists. The other third of users do deeper analysis, but I’m wondering how? Microsoft keeps tabs on Excel usage. Here’s some statistics for usage in an Excel workbook:

I wonder why we need any new features if the vast majority of users don’t or won’t use them. Maybe we need to invest in teaching people how to use the Excel features they have.

END_OF_DOCUMENT_TOKEN_TO_BE_REPLACED

Cp Cpk Formulas and the Mistakes in Homemade Templates

Creating homemade Cp and Cpk templates often results in incorrect values. There are many, many mistakes you might make without realizing. Here are a few examples.

A customer sent me their home grown template for calculating Cp and Cpk and wondered why the QI Macros got such radically different values. It was easy to see from their data that they were using standard deviation, not Sigma estimator (Rbar/d2) to calculate Cp and Cpk. Use Stdev to calculate Pp and Ppk, not Cp and Cpk: 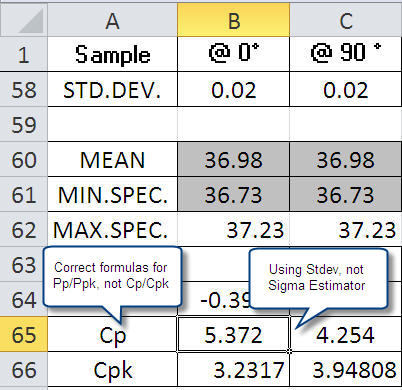 END_OF_DOCUMENT_TOKEN_TO_BE_REPLACED

As John Johnson and Mike Gluck point out in their book, EVERYDATA, ice cream consumption and murder rates both go up in the summer, but that does not mean that eating ice cream causes murder. Rising summer temperatures seem to be involved.

Does U.S. spending on space, science and technology cause suicides? No, but they are correlated at a 99.79%. These and other crazy correlations are available.

So don’t confuse correlation with causation.

END_OF_DOCUMENT_TOKEN_TO_BE_REPLACED 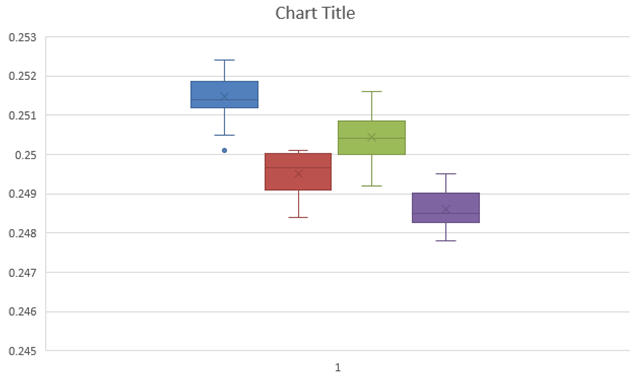 You might notice that the whiskers have a crossbar on the end. It seems to have a spare “x” in the middle of each box and it’s a little hard to see where the median is. And there are unnecessary gridlines that are considered chartjunk. It does, however, show the outlier below the first box.

Here’s what the QI Macros Box and Whisker Plot looks like: 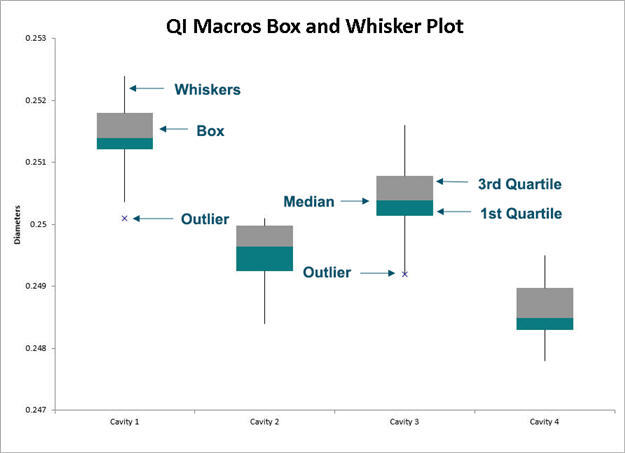 The whiskers are whiskers. The median is easily visible.