Other Charts
in QI Macros

How to Make a Radar-Spider Chart in Excel

Examples would be sales of various product lines throughout the year or comparing products of two vendors using a list of various features. Radar charts plot data on an axis that starts at the center and ends on an outer ring. 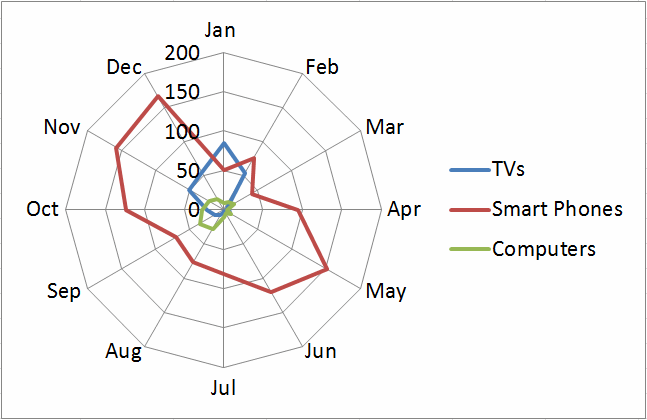 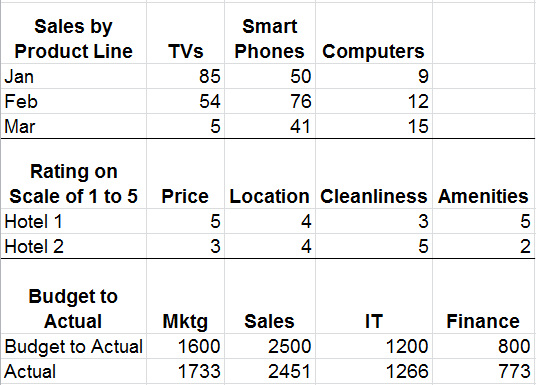 To Create a Radar Chart in Excel

To create a radar or spider chart in Excel, select your data, then click on the Insert tab, Other Charts, then Radar. 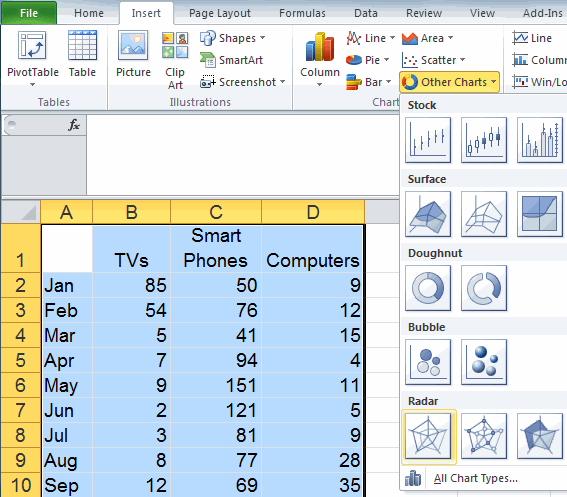 Radar charts are seldom used because they are hard to read and interpret. For most data sets a simple column chart is a better choice. A combination line-column chart would be a good choice if you have two data series with different scales. Its cumbersome to create a combination chart in Excel but its easy using QI Macros add-in for Excel.

Ready to Take the Next Step and Up Your Excel and Data Analysis Skills?

Stop trying to make your spreadsheets easy to read. And stop using primitive line, pie and bar charts.
Instead, graduate to the power tools of quality: performance charts, pareto charts and histograms.