Other Charts
in QI Macros

How to Make a Donut Chart in Excel

Donut Charts Show the Relationship of Parts to a Whole

Use a Pie Chart when you have one data series and a Doughnut Chart for two or more series of data.

The charts below were made using this medication errors data.

The pie chart only displays the baseline data in column B. 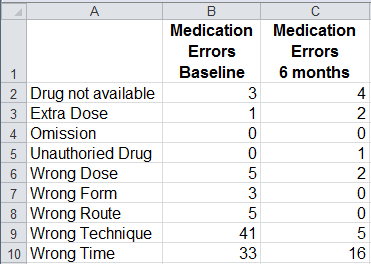 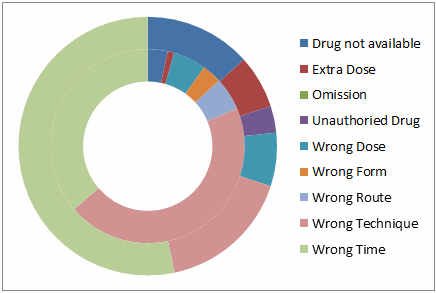 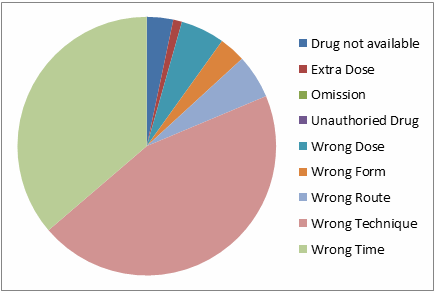 To create a doughnut chart in Excel, select your data, then click on the Insert tab, then Other Charts and then Doughnut. There two choices of chart shapes - regular and exploded. 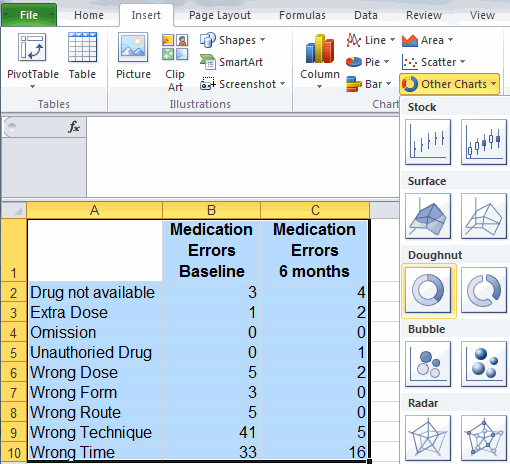 As you can tell, a doughnut chart is fairly difficult to read. If you look at the chart above: Is there a problem? What is it? What action should you take?

A much better chart to analyze this data is the Pareto Chart. It's hard to create a Pareto Chart in Excel, but its easy using an add-in like QI Macros. Just select your data, click on the QI Macros menu on your Excel tool-bar and select Pareto Chart. QI Macros will do all of the math and draw the chart for you. 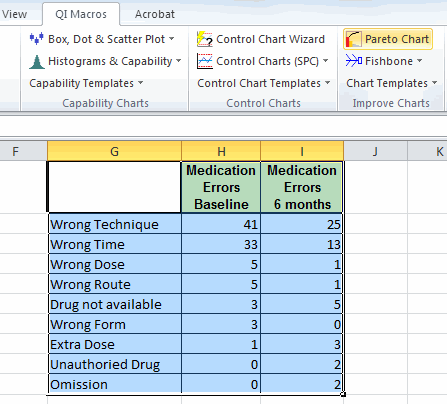 QI Macros Pareto chart tells us that Wrong Technique (the first and biggest bar) with 41 errors accounted for 45.1% of baseline Medication Errors. If we focus on just this type of error, we will be addressing almost half of the errors. The after 6 month pareto shows Wrong Technique as the second biggest bar at only 5 errors, accounting for only 23% (70% - 53.3%) of the total. An improvement team must have figured out a way to prevent many of the errors due to wrong technique! 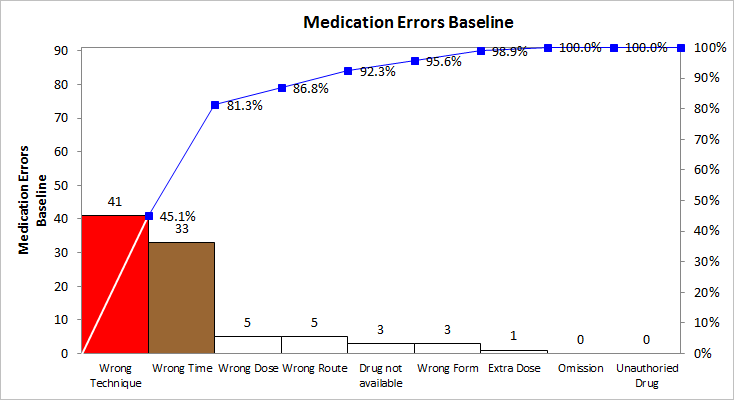 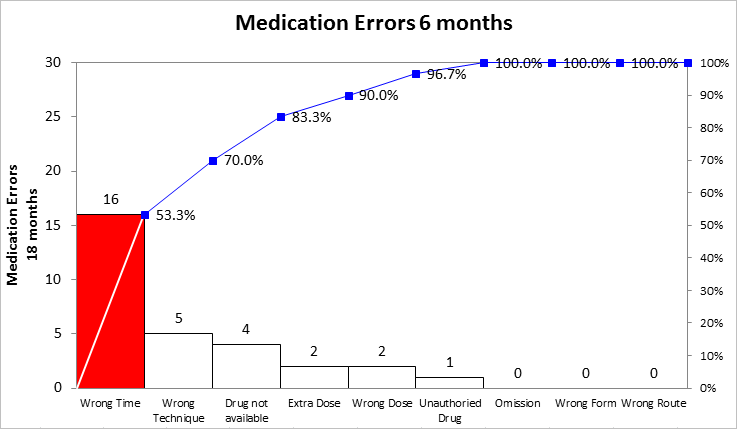 Ready to Take the Next Step and Up Your Excel and Data Analysis Skills?

Stop trying to make your spreadsheets easy to read. And stop using primitive line, pie and bar charts.
Instead, graduate to the power tools of quality: control charts, Pareto charts and histograms.