The temperature at time of launch is shown on rocket A and the O-ring damage on the recovered boosters shown as gray or hatched areas. As you can imagine, put 50 of these in a row and it's hard to tell what's really going on.

If, however, you use the O-ring data to draw a scatter plot shown below, you can use the trend line to back into the potentially catastrophic problems awaiting the space shuttle Challenger: 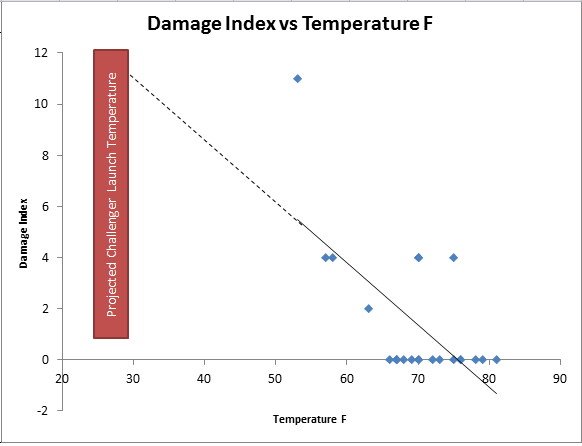 If you use a c chart to plot the damage index, you get a chart that tells you that the one 53 degree launch is special cause variation, but also that the entire launch sequence is unstable: 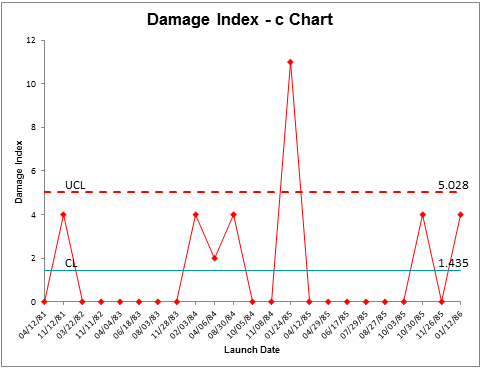 If the process was this unstable, maybe it needed some serious root cause analysis before liftoff.

The Right Picture is Worth a Thousand Words

Information displays should serve the analytic purpose at hand.

Here are some of Tufte's insights:

I usually draw as many different charts from the same data as I can to see which one tells the best story. You should too. Every picture tells a story, but some pictures are better than others at telling the story. QI Macros make it easy to draw one chart after another so that you can quickly discard some of them and select others that engage the eye in the real issues.

As Tufte would probably say: Don't let your charts become disinformation. There's enough of that in the world already.