While control charts are great for showing process performance over time, sometimes you just want to see the spread, variation or deviation of variable (i.e., decimal) data. QI Macros provides a variety of charts to show the spread of data.

In the following examples, we'll use the same data for all of the charts (c:\qimacros\testdata\aiag spc.xls - XbarR sheet). There are five samples per subgroup collected at various times during the day. 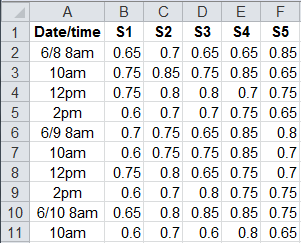 Histograms are the most common way to show variation in this kind of data. Ideally, you want to hit a specific target value, but the end product often varies around this ideal. The question is: How much? 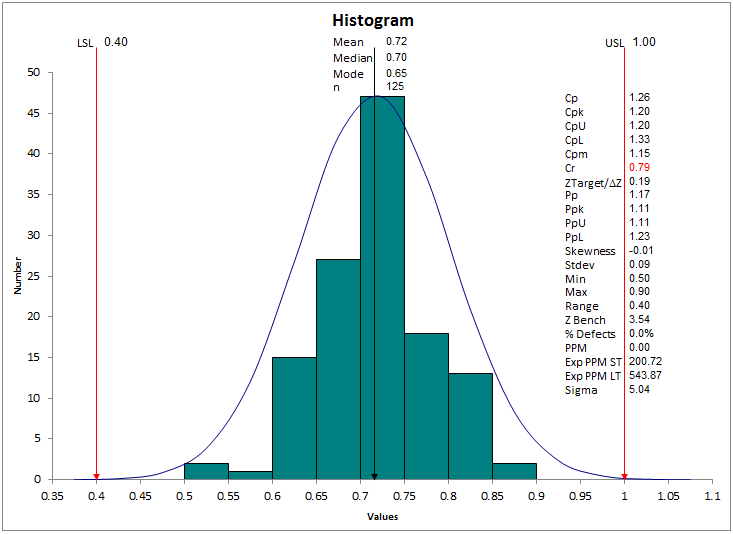 The histogram macro decides how to show the spread. In this case, it's very similar to the frequency histogram. When there's many different values, the histogram is the best choice. 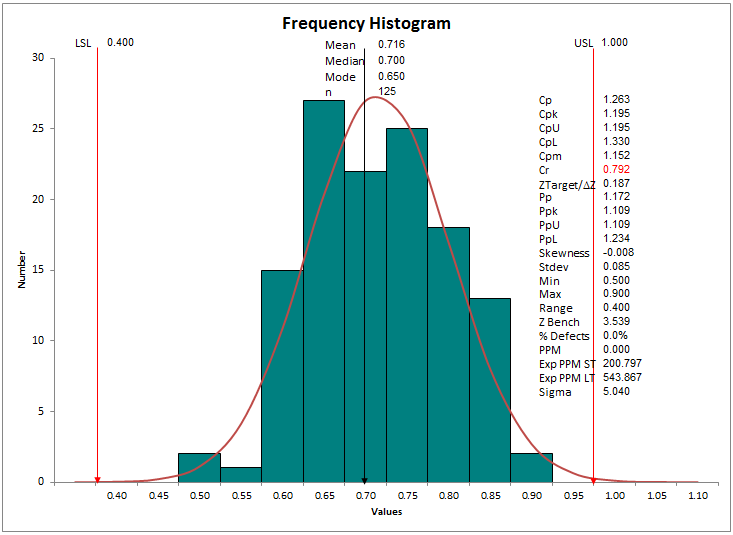 Another way to show the spread of data is with a dot plot. In this case, we had to use the QI Macros' Data Transformation tools to unstack the 5X25 XbarR data into a single column. Then we can run the dot plot, which looks similar to the frequency histogram, but without the limits or capability measures. 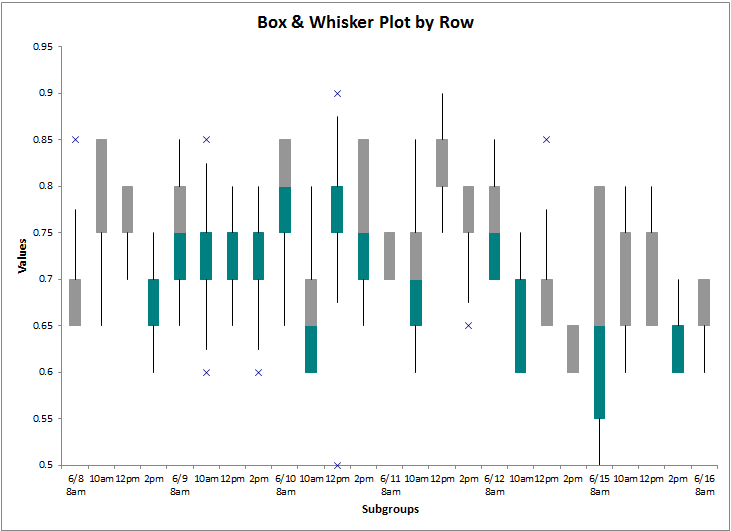 If the data was for five different machines, we could orient the data by sample. In this case, they all look fairly similar. 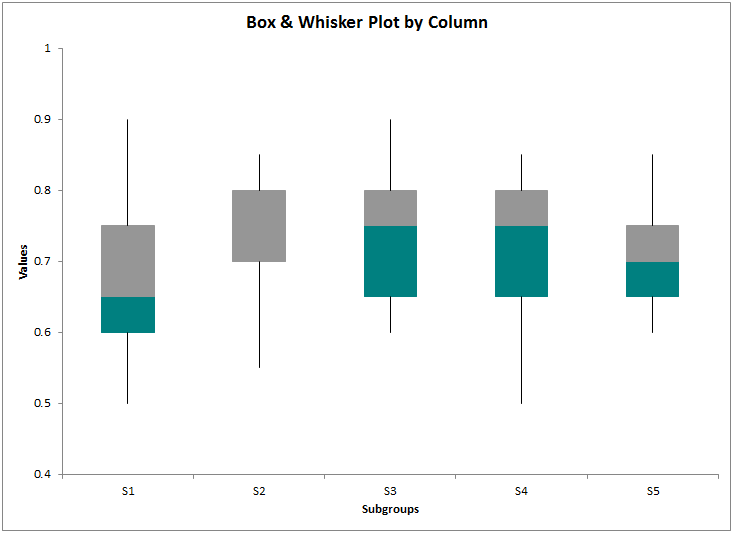 The multivari chart also shows the spread of the data and each data point in the spread. 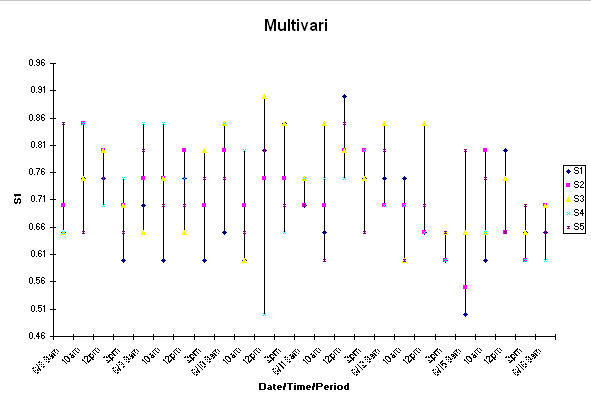 As you can see, there's lots of ways to show the variation of data. The big question is: "What story do you want to tell with your data?" When I'm in doubt, I draw all of them and then decide which one best and most easily tells the story I want it to tell.

Remember to have fun analyzing the variation in your data and then find ways to continuously reduce the variation to maximize profits.